Mozilla is scheduled to release their updated Firefox browser on Tuesday, bringing the popular web browser up to version 6. Lately, the Mozilla team has been releasing newer versions of Firefox without a slew of new features, focusing on fixing bugs and getting the improved product out as quickly as possible, in order to compete more rapidly with other browsers like Google Chrome.

Firefox 5 launched just five weeks ago and is expected to release 7 at the end of September. They're also gearing up for Firefox 8 in the first half of November and 9 by the end of the year.

In this release, Mozilla speeds up startup times, gives expanded privacy settings, and contains better add-on support, for which a reported 94 percent of already available extensions are said to still work with the new Firefox. Another interesting change is the way Firefox displays URLs in the "Awesome Bar"—everything but the domain names are faded to make it easier to tell what website you're currently on.

If you can't wait to try out the new Firefox, you can go ahead and snag a copy of it before the official release on Tuesday. Just hit on one of the following links for your operating system to download the newest release version.

Once downloaded, quit your current version of Firefox and open up the downloaded file, dragging the Firefox icon into the Applications folder. I'm obviously performing this on a Mac, but if you're updating to Firefox 6 early on other platforms, chances are you know what you're doing. 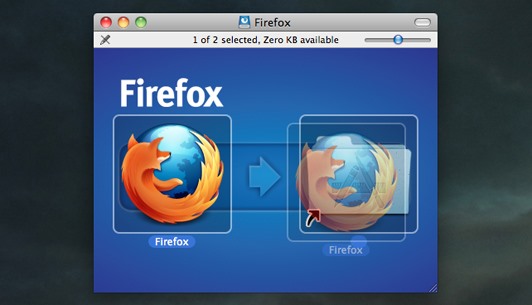 Your system should ask you if you want to replace the current Firefox application in that folder. Yes, you do. Don't worry—all of your bookmarks and custom data will transfer over. Now, open it up and you're all ready to go. You will see a Firefox welcome screen from Mozilla stating that you're running "Firefox Beta", but that will be changed once the official release comes out.

You are indeed running the release version of Firefox 6, which you can verify by clicking on the "About Firefox" option under "Firefox" in the application bar up top. 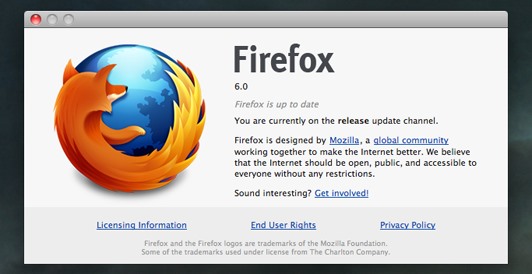 You could also download Firefox Aurora if you want to get way ahead of the curve. Be prepared for some crazy speed improvements, but also the occasional total failure. They also have an Android version available.

Curious in the Universe 10 years ago

i like the new fade effect, accentuating the domain.

I just downloaded the new version. My startup is way faster, but I notice it starts up even faster when I remove my bookmarks from the toolbar. Maybe it was just a couple times thing, though.