You may not know him by name, but Eric Leebow is the man we can all thank for inventing social networking. At least, that's what he thinks.

Leebow is the man behind FreezeCrowd, a new website that's described as an interactive "college yearbook" with photo tagging and friends lists. Sound familiar? Facebook? Well, the only difference is that Leebow came up with the idea first. So he says. Could he be in Mark Zuckerberg's shoes right now? It's doubtful, especially with a video like this...

For over 11 years, Leebow has been trying to realize FreezeCrowd, pitching the idea to venture capitalists, schools and college students, and trying to find developers who would work for free. He's a self-proclaimed "visionary" hellbent on chiseling out a home in what he believes is rightfully his—the social networking webscape. Finally... his dream has come true. 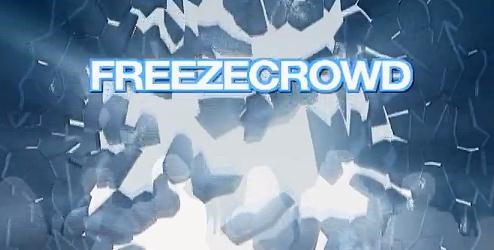 The social media website FreezeCrowd has just launched, giving a free home to millions of college students and alumni in the U.S., Canada, UK and Australia who want to "freeze" their photographic memories with each other. The site uses a database of over two million keywords to "FreezeTag" individuals in group photographs, hoping to show similar interests between friends and strangers, while also displaying the uniqueness of each person.

"Not only will you know who your friends are, but what makes them stand out from the crowd," Leebow explained, inviting clubs, sororities, fraternities, teams, and other school groups to "break the ice" with FreezeCrowd.

Users register on the FreezeCrowd site using their .edu email addresses, which is exactly how Facebook started out. Then you can start uploading pictures and tagging your friends, and each person tagged can add speech bubbles to the images to comment on (or relive) the moment.

Sadly, the once rumored "The Button" has been replaced with a Crowd Control button, which gives a visual graph of the photo-tagged information. Not quite as impressive. 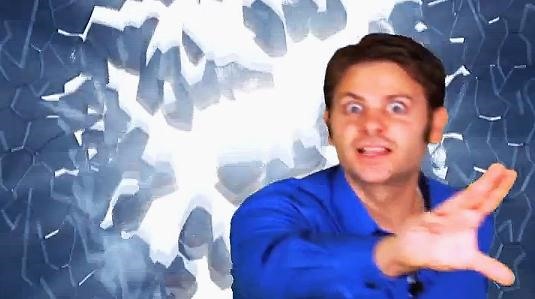 But one must ask... after 11 years of taking a backseat to sites like Facebook, MySpace and Flickr, why would Leebow continue to press a site like this? And why didn't he reroute his vision to be unique to the mobile world? Photo sharing apps on iPhone and Android devices are killing it these days (e.g. Instagram), and unleashing a website like FreezeCrowd seems like a long awaited step backward, especially when you're limiting it to .edu signups.

Seriously, is this guy for real? I once interviewed for one guy who claimed to revolutionize the shoe world but all he did was add a platform to his shoes (and pretty shoddy platforms at that), and this guy seems like he'd be that guy's best friend. On topic, who would actually join FreezeCrowd in the first place since there are already a million social networking sites out there that have way more advanced features? Do you think he's even heard of Google+?