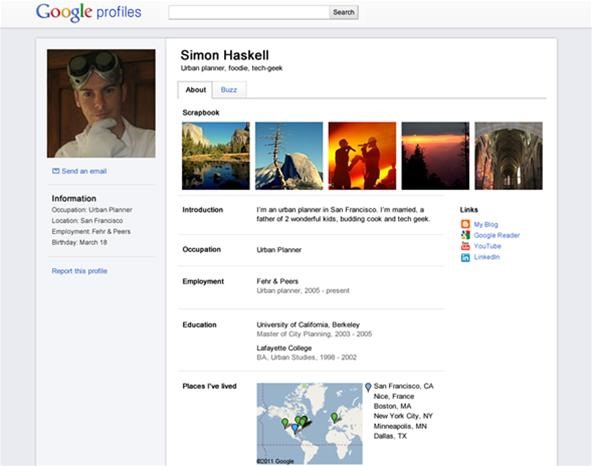 Launched back in 2007, Google Profiles is a centralized feature connected to Gmail accounts that allows users to display much of the same social stats (bio, images, links) one might share on Facebook. The feature went unnoticed until 2009, when a new setting allowed users to opt for public visibility, meaning your profile would turn up at the top of Google results if someone queried your name.

Naturally, Google is eager to jump in the social game that attracts 600 million+ users to Facebook. And with the integration of YouTube and their rumored Google+1 social efforts (social tools integrated into web wide tool bars, video and "G-conferencing", and more), they just might give Facebook a run for their money.

It looks like a full social network plan is in the works. Would you jump ship (re: Facebook) for Google?