The New York Times magazine posts a fascinating feature on a Chinese cultural phenomenon known as human flesh search engines. Out of China has borne cyberposses, internet vigilantes, who target everybody from twisted individuals violating social norms to government corruption.

In the tradition of Stephen Chao's America's Most Wanted, the Chinese have put their own twist on the idea of society tracking down villains.  It all began when a video of a middle-aged Asian woman stomping a kitten to death was posted to YouTube, horrifying Chinese viewers. Within six days, enough clues were extracted from the background to identify the killer. The first human-flesh search engine — Chinese: renrou sousuo yinqing — was formed. The exposed woman lost her job, and left town. 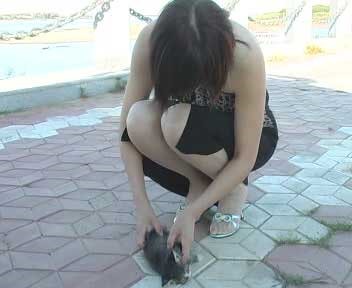 Read more at the NYT and don't miss Daedalum Films' documentary short on the subject (click through).

Read More on the topic: Harnessing human search engines for government use.

Psychopath's freak me out. I feel sympathy for plants, and shes stomping kittens.