For some time now, I've been dying to make the trek to the world's largest airplane graveyard outside of Tuscon, AZ. The ultimate field trip that I never seem to get around to.

Now, thanks to Google Maps, anybody can now check it out remotely: up close, high-res, beautiful. 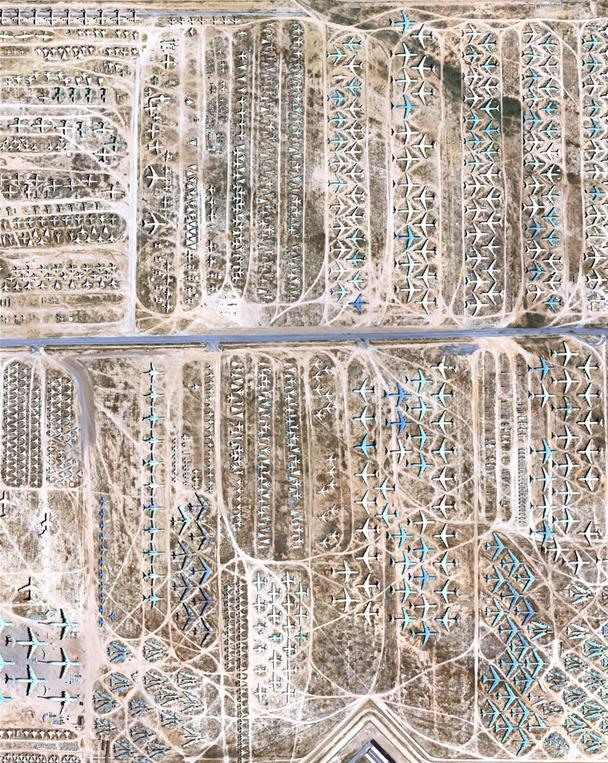 "Dubbed The Boneyard, but officially known as the 309th Aerospace Maintenance and Regeneration Group (AMARG) facility, this sprawling US airbase is reputed to be the world's largest military aircraft cemetery.

Spread across the huge 2,600 acre site, equivalent in size to 1,430 football pitches, is a collection of over 4,000 retired aircraft including nearly every plane the US armed forces have flown since World War II.

Now, for the first time, a series of high resolution satellite images of the four square mile-site have been released by Google Earth. They show in incredible detail the full range of aircraft found at the site."

Explore it yourself through Google.

BONUS: Check out the Boneyard Guillotine in action below.